What is a Root Canal? 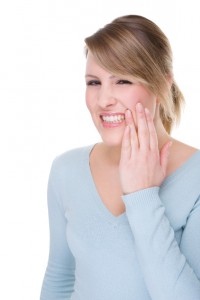 Root canals have been getting a bad rap, being called names like “painful” and “lengthy.” We can’t sit idly by and let that happen. It’s time for us to put a stop to these rumors by explaining what root canals are and dispelling several myths surrounding them.

Many myths surrounding root canals are based on old methods and images people see on television. However, modern day root canals use new technology that makes the procedure relatively quick and painless. Before we begin the debunking, let’s explain what a root canal is.

Why Someone Would Need a Root Canal

To understand why someone would need a root canal, we need to focus on the nerves inside teeth. The nerve of a tooth is really only important for the formation of the tooth itself. Once the tooth is formed, the nerve is only necessary for taking up space within the tooth.

That being said, if the nerve dies, you have a big problem on your hands. That’s because when a nerve dies, it leaves an empty space under the tooth, which is ideal for bacterial growth.

Once bacteria invades the space, it multiplies rapidly, spitting out more bacteria at the end of the tooth’s root where the nerve and blood vessels used to be. A root canal fills this space  with a rubber-like material called gutta-percha to kill and prevent bacteria from invading.

It’s also crucial to restore the tooth after the root canal has been completed. Following the procedure, the tooth’s neck (where the tooth meets the root) is going to be very weak.

So, once the procedure is complete, your dentist will need to reinforce the neck of the tooth with a reinforcement post. Finally, they’ll seal the tooth to prevent bacteria from re-invading.

There are many things that can cause a nerve to get sick, but it’s typically triggered by a deep cavity, severe gum disease or trauma, such as a tooth chipping or cracking. Both of these issues can cause the nerve to become directly exposed to air, which leads it to become sick and die.

If this happens, it’s important to schedule an appointment with your dentist right away. Here are some signs that you might need a root canal: 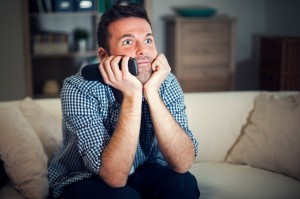 1. Myth:  “Root canals are uncomfortable during or after”
TRUTH:  Root canal treatment should be comfortable.

Because of their portrayal in television and movies (thanks Finding Nemo), many people believe root canals to be extremely painful.

However, with modern anesthetics and technology, root canals are no less uncomfortable than getting a filling. A recent survey by the American Association of Endodontists even showed that patients who have undergone a root canal treatment were six times more likely to describe it as “painless” than those who had never received the treatment.

2. Myth: “Root canals take a long time.”
TRUTH: Root canals with a post AND crown can actually be treated in one visit nowadays.

This myth is once again based on yesteryear’s root canal procedures. Root canals used to be a headache, split into two appointments that took an hour and a half each.

However, with immediate x rays, more effective anesthetics and other technological advancements, root canals are easier than ever. Root canals generally take 40 minutes to 1 hour and 15 minutes.  As mentioned, we can now complete the root canal, post AND CAD-CAM crown in a single 2 to 2.5 hours appointment.  (This time includes crown fabrication, polishing and preparation when your mouth is not open.)

If you think that bacteria invading the space where your nerve used to be is just a “tooth” problem, you’d better think again.

Left untreated, the bacteria can continue to grow into the tissue surrounding the mouth, extending up to the sinuses, eye and brain. This can cause blindness, and in extreme cases, even death.

Despite how root canals are often portrayed, the procedure is relatively quick and painless, not to mention extremely important. Especially if you experience tooth trauma, pay attention to the warning signs. If it turns out you need a root canal, remember that you have nothing to be afraid of.

Are You Suffering from Tooth Pain? We Can Help!

Get Your Free Dental Exam

Dr. Russell Christian, DDS, is the owner of Family Dental Care, based in Mount Horeb, WI.

what we can do to help you achieve and maintain the smile you want…forever.

meet and read about Dr. Christian and the team